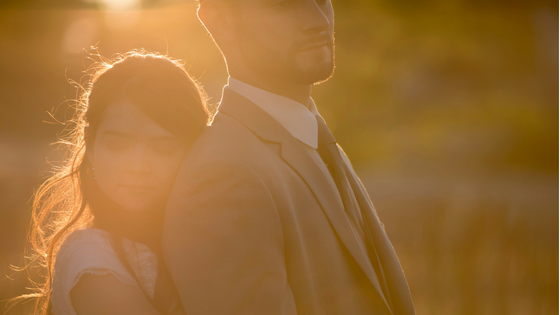 “Let marriage be held in honor among all, and let the marriage bed be undefiled, for God will judge the sexually immoral and adulterous.” Hebrews 13:4 (ESV)

God and sex just don’t seem to go together, do they? In fact, we only really talk about it in Student Ministry. In that environment, we talk about it a lot. Actually, parents expect it, applaud it and make sure their kids are present and preferably on the front row when it’s discussed. That’s great, but for some reason, we stop talking about it in the church beyond that and we are paying a price for it.

However, the voices out there educating us and establishing the norms of sexuality are loud and frankly, entertaining and appealing to listen to. Tragically, we’ve not been able to build a compelling argument for married sex that can stand up to what we learned from those six FRIENDS living single in New York City. Remember them?

Monica, Rachel, Phoebe, Ross, Chandler and Joey. We started falling in love with them in the 90’s when FRIENDS premiered and has basically run in syndication since. There’s not a day that you can’t check in on them with your DVR or Netflix. It’s true there is nothing new under the sun. Pornography, sex outside of marriage and cohabitation has been around a really long time; but FRIENDS made all of those things culturally acceptable in a big way in America. They made sex outside of marriage as casual in relationships as a handshake and porn a purely recreational sport. They won us over with their quirky ways, trendy apartments and haircuts, humor that our own friends share and the hook… we believed they loved each other deeply. They set a new standard for single life after college.

The problem is that we don’t get to see them beyond that really. What actually happens to Ross and Rachel? Did they live together and raise baby Emma happily ever after? Could Chandler and Monica make a marriage work after years of recreational porn and multiple sex partners? Would Joey ever find real love and if he does, would he recognize it? Can Phoebe overcome so much family dysfunction and fears so she won’t repeat the same craziness? We long to answer “Yes!” to all of those questions. We want their fun, inconsequential lives to end well in hopes that our own might do the same.

Scott and I started working with couples in the early 90’s. We’ve been behind closed doors with the Ross and Rachel’s, Chandler and Monica’s, Joey’s and Phoebe’s, if you will. We’ve listened to endless hours of confusion and pain, dysfunction and shredding of soul their choices have brought them. The tears are real. The emptiness is deep. The unraveling is unavoidable. The rebuilding is costly and time consuming.

So how do we keep the dialogue going beyond Student Ministry? Here are some talking points from our perspective as we have seen it unfold in the counseling office, as well as our own personal experiences.

1. The Pandora Principle. Mention the word Pandora around anyone under 35 and they are likely to pull out their smartphone and show you their favorite customized music station. I learned about Pandora from my senior lit teacher, Frederick Wright. Mr. Wright loved Greek mythology. Talk about crazy dysfunction, Greek mythology is full of it. In a nutshell, Pandora was a young girl given a box and told not to open it. Curiosity got the better of her. She opened it and every evil entered the world through it. In a sense, the same thing happens when we “awaken love before it’s time” as Song of Solomon writes.

In the people we counsel where we find high levels of insecurity, jealousy, anger, lack of trust and an inability to resolve conflict, we can trace it back to some form of sex outside the boundaries of marriage (porn, multiple partners, anything beyond a kiss basically.) Every time. Often, when Scott or I make that connection, we get blank stares. People don’t see the connection. We know it’s true, because we see the exact opposite in people who haven’t. It’s as if they show up at the starting line of the marriage marathon fit and ready to run. Elite athletes. They are the Kenyans of the relational road race.

2. Hope floats. The final thing floating out of Pandora’s Box was hope. I am thankful for that, because I was not a Kenyan when I showed up to run my marriage marathon. As a matter of fact, Scott and I were so out of shape, carrying so much baggage that it took us years to make our first miles. Just as our bodies respond to proper training, getting rid of the destructive practices and putting into place healthy ones, Scott and I are running a great pace! FYI…Sexual healing comes from Christ… not Marvin Gaye. (see 2 Corinthians 5:17)

3. Sex is best in secured boundaries. God picked marriage as the context for sex. Taking sex out of its context invites potentially life-altering results and definitely relationship-altering results. It’s like a fire in a fireplace. It’s romantic, inviting and can run the gamut between smoldering embers to roaring heat! But if you take that fire out of the fireplace and put it on the couch, it can run the gamut of a hole in the upholstery to the whole house burned to the ground. The size of the problem depends on how quickly you put out the fire. In addition, as with anything taken out of its context, it is removed from original important information that helps us see sex for what it truly is and its intended design.

4. God and sex go together. I am not speaking heresy here. They do. In fact, it was His idea all along. He made Adam and Eve as sexual human beings before sin entered the world. He created sexual attraction. Sexual pleasure. Sexual intimacy and fulfillment. He blessed Adam and Eve’s married sex-life with enjoyment as they were “being fruitful and increasing in number (Genesis 1:28).” When it was all said and done, God said, “It is VERY GOOD.” His stamp of approval is on married sex. James 1:17 says it this way, “Every good and perfect gift is from above, coming down from the Father of the heavenly lights, who DOES NOT CHANGE like the shifting shadows.” God has not changed His design or promises for married sex. If we are not experiencing married sex as the God gift that it is, the problem lies with us… not with Him….but that’s another principle!

God is not withholding good from us by asking us to wait until marriage to have sex, He is holding something infinitely better for us if we will.

View all posts by ssanddg87